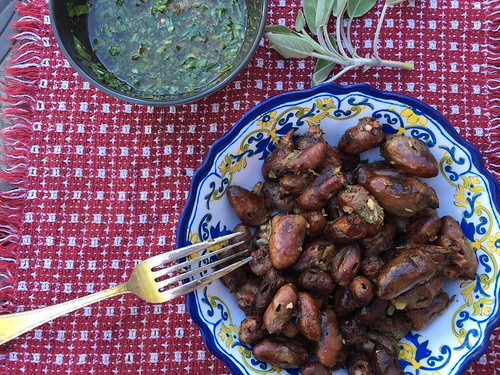 Towards the end of an otherwise very enjoyable dish of Cantonese-style spicy duck tongues at Congee Village on New York’s Lower East Side a few years ago, I found myself asking the inevitable question: how many ducks does it take to make a plate of this? Counting the tongues I could pick up with my chopsticks and then working backwards to calculate how many mouthfuls I had already eaten, I estimated that every portion contained the quacking gear of between 25 and 35 ducks.

When one considers those same ducks all waddling happily along together, it’s a considerable badling, is it not? And yes, before you ask, a collection of ducks isn’t a flock or a herd, but a “badling” or sometimes a “paddling”. I know this because in primary school our class did a project on collective nouns, covering all the most common and some of the lesser-known before inventing one of our own. My neighbor and racing enthusiast, Lee Starr, came up with an “exhaust of cars”, while I, demonstrating all the wit and inventiveness that is my trademark, produced a “snuffle of bunnies”. I completed this master-work with a drawing of a small group of sickly-looking, watery-eyed black and white rabbits, at least one of which lay on its back, paws in the air. This, my first, and perhaps only, truly expressive piece of art, came from a place of deep sorrow. I had watched the dystopian and thoroughly child-inappropriate “Watership Down” a couple of weeks before the surprise death of my first pet, Harry the rabbit, from a cold. My efforts prompted a worried phone call home from my teacher, Mrs Brearey.

While it did not impel me to put pen to paper and articulate my feelings visually, I was momentarily struck by the sheer number of ducks who had died for the benefit of what was just one course in a mini-marathon through Congee Village’s enormous menu. It’s a feeling I reprised recently while enjoying a recipe for grilled chicken hearts from Evandro Caregnato’s excellent book on Brazilian wood-fueled cookery, Churrasco, Grilling the Brazilian Way. That day in Chinatown, I consoled myself with the thought that at least none of their sacrifice was being put to waste, a tactic that I attempted again this past weekend, reasonably successfully. Indeed, the thought that far more chicken hearts go to waste than are eaten was what stayed with me this time.

I remember reading in The Raw and the Cooked, the late Jim Harrison’s magnificent collection of gastronomic tales, that millions of pounds of chicken thighs and drumsticks that couldn’t be sold domestically were exported to Russia and Far East every year because American appetites were so focused on the breast. I hope that there is a similarly robust export market for chicken hearts since we were able to buy about 2lbs of them for less than $3. Perhaps that export market should be Brazil, since I read in the pages of Churrasco that such a delicacy are they considered on the tables of churrasquerias across the country, that they are highly-priced and the consumption of them is becoming a status symbol. All of which might be hard to stomach, quite literally in many cases, since, like most offal, including duck tongues, these purplish-red ovals appear rarely, if ever, on menus stateside. 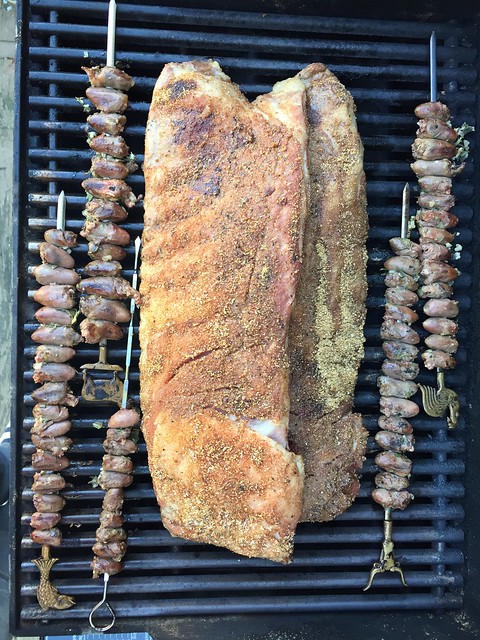 Texas de Brazil used to have them available upon request but once it became apparent that chicken hearts were considered beyond the pale to even their most adventurous diners, Caregnato was forced to remove them from his restaurant’s offerings. We witnessed something similar recently also, and not just in the appalled faces of my in-laws when I walked into their kitchen bearing a bowl of marinating chicken hearts this past weekend. One of the things we most look forward to in our now-annual late winter trip to southwest Florida, is a visit to Argentine-Urguguayan restaurant Martin Fierro. Their stubborn focus on authenticity was one of the most enjoyable aspects of dining there, so it was deeply-chagrined that we discovered on our visit in March that due to the unpopularity of their traditional offal preparations they had taken to deep-frying them in advance and just warming to order from frozen.

I’m certainly prepared to accept that the soft bits that gurgle and sluice waste fluids are not to everyone’s taste, and it’s quite plausible, as some have argued, that such aversion could be a natural response designed to avoid potential illness from contaminated foods. But it saddened me that rather than just pull the items from the menu, Martin Fierro opted instead to make it so godawful. 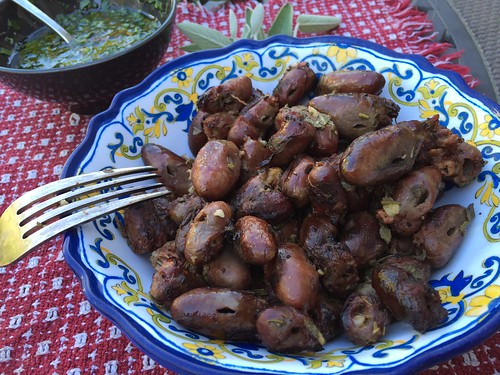 As a rule, we do not eat at chain restaurants, and have never eaten at a Texas de Brazil, or any of the other so-called Brazilian steakhouses scattered around the country. Nor, indeed, have we yet visited Brazil, so cannot attest to the authenticity of the recipes Caregnato’s book contains. We have visited and written extensively about our love for the beef-based cattleman culture that extends beyond the border of the southern Brazilian state of Rio Grande del Sur into Uruguay and the Argentine pampas, and on this basis we are prepared to advise our humble readers that it contains much that is wise and good with respect to meat cookery.

Conventionally, Brazilians eat chicken hearts as an hors d’oeuvre, serving them on toothpicks, dusted with toasted cassava flour, as rather dainty finger food while the larger cuts on the asado menu continue to cook. If you try this and wish for your guests to partake, you might consider promoting them as “fried olives”, which they visually resemble. It would be wise to maintain this fiction until chewing is complete.

Alternatively, you might wish to know that Churrasco contains a host of other recipes that, while still faithful to their Brazilian origins, are far closer to the comfort zone of you and your guests. Nor are these solely the beefy provisions of the gaúcho. Caregnato showcases the diversity of the Brazilian identity with fascinating dishes of Italian and German immigrant communities alongside typical Lebanese fare and Portuguese and Amazonian fish dishes.

And, as the world turns its attention to Rio de Janeiro this summer for the Olympic Games, it is worth remembering that there is an entire country beyond that iconic city, much of which bears scant, if any, resemblance, and the cuisine of which is well worth your investigation. So, I beseech you, if there is any chance in the world that you would countenance putting a grilled chicken’s heart into your mouth to stave off hunger, please consider the recipe below as a way of rendering that experience as enjoyable as possible, even if it never recurs. 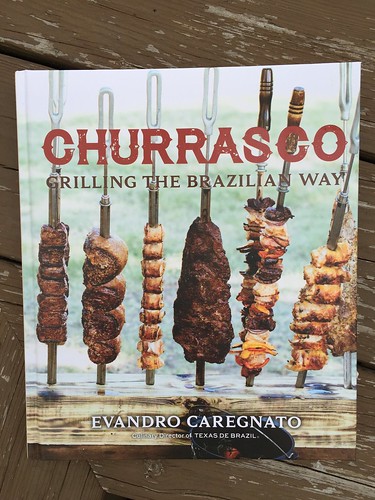 2 thoughts on “All You Chicken Hearts – Be Quiet!”