Friends of this occasional blog may recall that I am of somewhat idiosyncratic tastes, so learning that the origins of this post lie in a youth choir’s a-cappella rendition of Astor Piazzolla’s Libertango heard on BBC Radio 4 may not surprise. I am a fan of Piazzolla and as much as I enjoyed this performance, it struck me in a way that perhaps is unusual for Radio 4 to strike its listeners, prompting a moment of recognition not likely considered by the programmer.

When I heard it, I was driving north on the M40 motorway, somewhere between Banbury and Stratford-upon-Avon. Dusk was falling early and fast, as it does in an English winter. The fields on all sides were sheathed in frost, and a dense, silvery fog was sweeping in from the west, offering a ghostlike aura around the attendant sheep. I was returning from a brief and exhausting visit to London the purpose of which had been to meet my sister’s one year-old twins for the first time.

I had not been home in four years – my longest sojourn away – and I was homesick. I was tired too. Our daughter was almost a year-old and it been a year in which I had searched, mostly in vain, to discern my direction after being let go from a job I had given everything to. I felt I needed to go home, mostly because it had been so long, but also because I just needed a break – somewhere I could retreat to, feel cared for and missed, surrounded by familiarity. 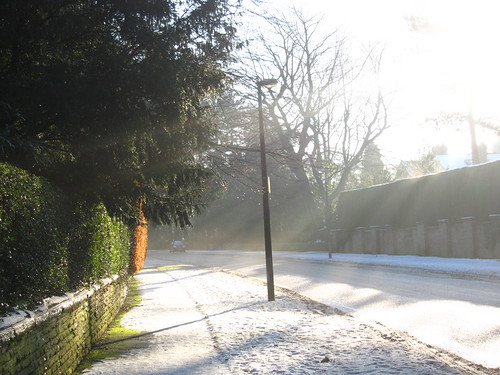 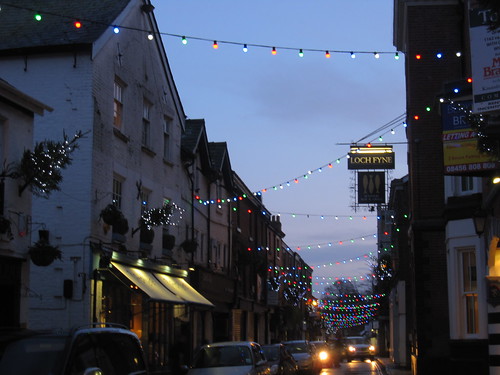 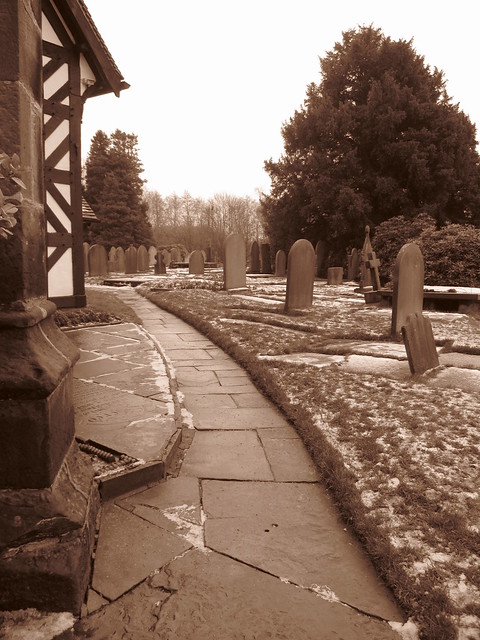 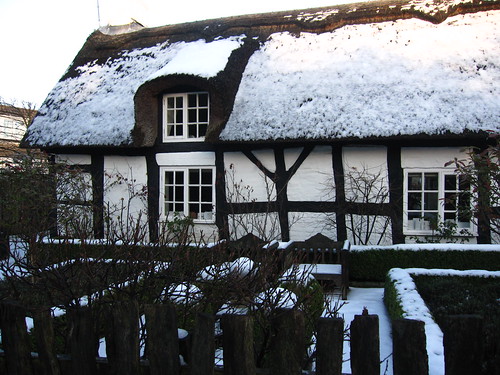 In truth, I was a fool to think that a trip home would refresh me. It was as exhausting as such trips always are. Too many people to see; pressure to fit in as many as you can; unpleasant or impossible to leave people out. Consequently, too little time is spent with each friend for it not to feel like a series of speed-dates punctuated by a lot of rushing to the next appointment.

This, I have learned, is every emigrant’s visit home. The urge is strong, almost irresistible, to try to remain connected to or reconnect with friends and family left behind. Whether it’s rooted in an unwillingness to let go of that former life and the people in it as a way of keeping it alive, or an attempt to retain one’s original identity when everything else has changed, I’m not sure. It could be both, but it’s also rooted in duty and expectations. At least this trip was.

A desire to be a good brother and excitement to see the little creatures encouraged me to extend myself with an eight-hour round-trip to London after flying thousands of miles. And charming, burbling creatures they were: all snot-nosed, pink-cheeked and strewn with crumbs and congealed formula. Crawling, diaper-bottomed, tottering on dumpling feet, they staggered and fell. Sometimes persevering, sometimes wailing. They were at that moment of becoming hard to contain – their mobility rendering the confines of a Georgian terrace house poxy and frustrating.

During that four year absence from Britain, my father had visited us and met my kids several times. My sister had not. She now had four children, so perhaps circumstances extenuate, but never during that time had there been even a whisper of coming over. Indeed, the last time she had been to these shores, it was not to see I, her only brother, but to attend the wedding of her husband’s school chum. A side-trip had not been in the offing.

Nonetheless, emotional pressure was applied and duly given in to. And so here I was, almost cross-eyed with fatigue after a difficult night’s sleep on a kid bed and the remnants of jet-lag, driving back to my father’s house in the hastening gloom with the finalists in 2014’s edition of BBC Choir of the Year for company. In a trip that was without any other moments of relaxation or serenity, it had to suffice. And it was about as English a moment as I could have managed. The combination of the dreary weather, rolling farmland pocked with villages named Fenny Compton, Butlers Marston and Bishop’s Itchington, the modest attractions of the British Motor Museum and the Stratford Butterfly Farm, all put to the strains of legion amateur choristers.

It is a moment that has stayed with me. It was a moment that could not have occurred anywhere else or at any other time. And stupidly, it felt personal and unique. Fleetingly, I felt part of that something I had left behind.

Had I not been so weary, had I not been conflicted with feelings of resentment at all the unacknowledged effort I had expended and happiness at meeting my newest niece and nephew and seeing my sister en plein famille; had I not been away for so long or been temperamentally prone to spasms of severe nostalgia I would not have felt it like I did. In fact, it’s likely I would not have noticed it at all. And that one moment, in of itself, may have made the entire trip worthwhile.